The German Kurier called them "the Merry Wives of Windsor who looked like college girls on their high heels." Sueddeutsche newspaper referred to Princesses Beatrice and Eugenie as "hatless missionaries" of "quasi-B prominence among the young Royals - after the A-list to the Princes Harry and William and pregnant Kate" who were on their way for a "patriotic mission." 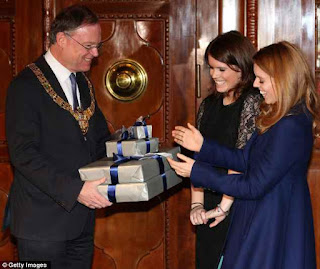 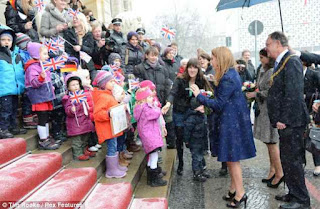 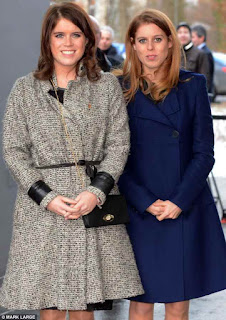 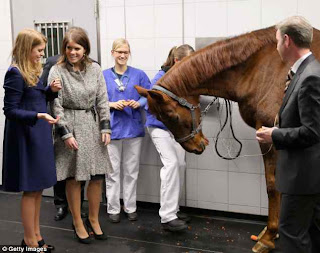 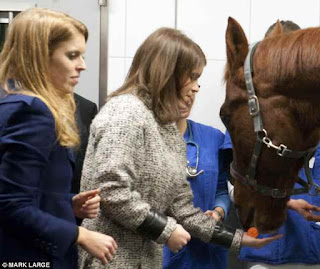 But all in all, the York girls' two-day German trip was a resounding success and Princess Beatrice of York, fresh from her claim to fame after wearing Phillip Treacy's overbearing hat, and her younger sister Eugenie was praised for "doing everything to make up for the lack of headgear - and even welcomed journalists with a few German words." Not even rain could dampen the spirit of flag-waving children who warmly turned out to greet Queen Elizabeth II's grand daughters, reports Mail online.

Princesses Beatrice and Eugenie of York were invited by Downing Street to act as the country's trade ambassadors, a position vacated by their father, Prince Andrew, who earned the popular rebuke as "Airmiles Andy" for his freeloading sprees. The trip ended in Hanover where they attended the opening of Herrenhausen Palace, rebuilt after being destroyed following World War II. They also visited the Equine Clinic at the University of Veterinary Medicine, where they fed Ben, a horse said to be suffering from a heart ailment.