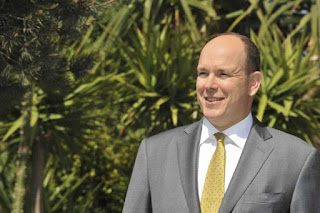 The official website of the Prince’s Palace of Monaco has announced Prince Albert II’s trip to Brazil and Haiti.

The Prince has made his trip to Brazil to visit Casa de Menor Sao Miguel Arcanjo, which looks after street children. He chatted with the organization’s founder, Fr. Renato Chiera, who has already helped alleviate the lives of thousands of children in Brazil.

The Prince also met Sebastiao Salgado, the famed economist and photographer, who has done so much to restore the forests in Minas Geras and Espiritu Santo.

Report from Miami Herald revealed that the Prince’s Haitian trip was pursued to inaugurate the school that has built. It was named in his honor. The prince was received by Haitian President Michel Martelly, with whom he discussed the ways to improve the environment, as well as the prospect of building a center for researchers to study AIDS to be backed by the prince’s foundation.

The prince is slated to meet Dr Jean-William Pape, Director of the GHESKIO Centre, and Dr Alain Mérieux. He will also meet with Michaëlle Jean, UNESCO Special Envoy, and Chantal Moreno, a representative of the International Francophone Organization, before proceeding to the United Nations Stabilization Mission in Haiti.