It'a good to see The Duchess of Kent!

It brings us great joy to see The Duchess of Kent step out in public, finally, after more than two years. She made her rare public appearan... 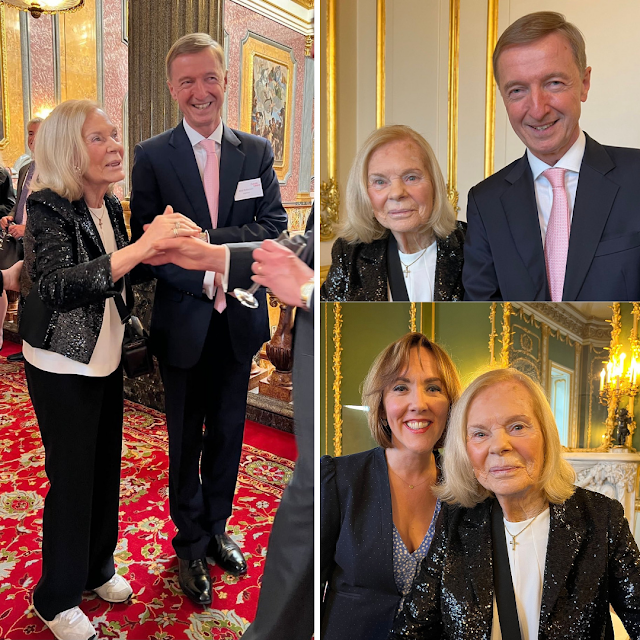 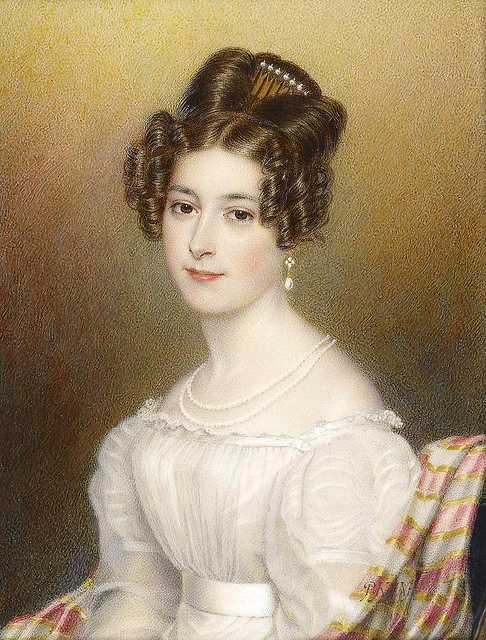 While the young Princess Victoria was not allowed to play with other children her age, she was blessed enough to have with her the care and affection of her older, half-sister, Princess Feodora of Leiningen. She was born on December 7, 1807 and was baptized Anna Feodora Auguste Charlotte Wilhelmine. Her father, Emich Carl, was Hereditary Prince of Leiningen, while her mother was Princess Victoria of Saxe-Coburg-Saalfed.

In 1814, Prince Emich Carl died and four years later, Princess Victoria married Prince Edward Augustus, Duke of Kent, the fourth son of King George III. A year earlier, Princess Charlotte, the only child of the Prince Regent (who would reign as King George IV, 1820-1830), passed away. Her death led to a succession crisis, Charlotte being the only legitimate offspring of all of King George III’s children. While Edward and his brothers had children, all of them were illegitimate who were barred from inheriting the throne. Thus, the royal brothers were forced to look for a legitimate wife.

In 1819, Feodora joined her mother, now the Duchess of Kent, who moved to London with the duke  to establish their household at Kensington Palace. The duchess was heavily pregnant already but her husband wanted their only child to be born on the British soil. And so, much to her inconvenience, the duke's will had to prevail.

Feodora’s half-sister, Victoria, was born on May 24, 1819. A few months later the Duke of Kent died. While Feodora and Victoria were 12 years apart in age, they maintained a close relationship which lasted until Feodora's death. However, she was never happy in Kensington Palace and voiced her desire to leave. In fact, her "only happy time was driving out" with Victoria and her governess Baroness Louise Lehzen because she could "speak and look as she liked."

In early 1828, Feodora finally found the reason to leave Kensington Palace, after marrying Ernst I, Prince of Hohenlohe-Langenburg (1794–1860). They had only met twice before their wedding. After their honeymoon, they  settled in Germany, in the prince’s family seat. Schloss Hohenlohe was huge but it was also uncomfortable and damped. Nevertheless, it was now home for Feodoro who lived there until death in 1872. The prince did not actually rule (the principality was mediatised to the Kingdom of Württemberg in 1806).

The correspondence between Victoria and Feodora would go on and they sent letters to each other as frequently as possible. “I often think, when our children… are grown up and think back upon their happy childhood, how different their feelings will be from what ours are when we think back," Feodoroa once wrote to Victoria. "We both have not enjoyed a father's love."

When Victoria succeeded to the throne, Feodora wrote: "Living but for your duty to your country, difficult as it is, will prove to you a source of happiness."

The Queen would provide her sister an allowance (about £300) each time she told Victoria she wanted to visit England.  Feodora and Ernst would have six children. All but one survived to reach adulthood. The eldest daughter Elise, succumbed to tuberculosis at the age of 19.

Feodora and Victoria also endured the grief that widowhood brought almost at the same time. In 1860, Prince Ernst died and the following year, Prince Albert passed away. Victoria hoped Feodora would live with her in England but Feodora thought Victoria’s grief was too much to bear.

In February 1872, Feodora’s youngest daughter Feodora Victoria died. Seven months later, on September 23, Feodora passed away. The Queen paid her dear sister one last visit when the latter was terminally ill. Her death was another blow to her. “I stand so alone now," she wrote in her journal. "No near and dear one near my own age, or older to whom I could look up to, left! All, all gone! She was my last near relative on an equality with me, the last link with my childhood and youth.”

When Feodora's personal effects were being searched and sorted, a  letter for Queen Victoria dated 1854 was found, a lasting testament to the affection an older sister could have for a younger sibling: “I can never thank you enough for all you have done for me, for your great love and tender affection. These feelings cannot die, they must and will live in my soul – till we meet again, never more to be separated – and you will not forget.”
at December 07, 2016
Email ThisBlogThis!Share to TwitterShare to FacebookShare to Pinterest
Labels: British royal family, Edward Augustus Duke of Kent, feodora of leiningen, German royals, Queen Victoria, royal biography, royal history, Victoria Duchess of Kent