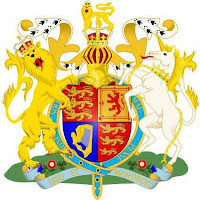 BUCKINGHAM PALACE: The Earl of Wessex, was installed as Upper Warden of the Worshipful Company of Gardeners. He also attended the Committee Day at Guildhall.

PALACE OF HOLYROODHOUSE: The Princess Royal opened the new Farm Animal Practice facility in Roslin.  She also attended a Young People's Conference at Whitburn Academy in Whitburn. In the evening, she attended a Special Graduation Ceremony at the Playfair Library Hall in Edinburgh and proceeded to the Palace of Holyroodhouse where she hosted a dinner for Columba 1400.

KENSINGTON PALACE: The Duke of Gloucester received Mr. Julian Sayers upon relinquishing his appointment as Chairman of the Royal Agricultural Benevolent Institution, and Mr. Christopher Riddle upon assuming the appointment. In the evening he attended the launch of the conservation of the West Wall in the Painted Hall in London

The Duchess of Gloucester attended the 175th Anniversary Service of the Royal London Society for Blind People in the Parish Church of St. Alban the Martyr. In the afternoon, she received Mr. Martin Houghton-Brown upon relinquishing his appointment as Chief Executive of Missing People.