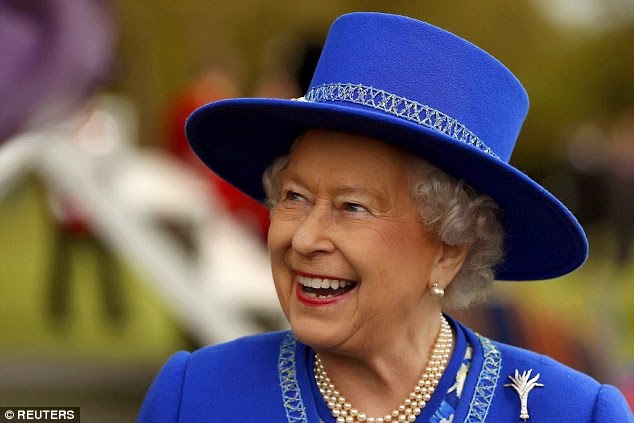 The Queen hailed the Welsh Guards for their “indomitable family spirit” and she presented the regiments with new Colours as it celebrates its 100th year. Together with the Queen in honoring over 300 troops in Windsor were Prince Philip and Prince Charles. The Duchess of Cornwall was also present. This was the first time in nine years that the sovereign presented the Colours. What made this regal event even more memorable was Her Majesty’s lovely, royal blue Karl Ludwig attired, made even more glamorous with matching coat, her Angela Kelly hat and a Welsh Guards brooch. 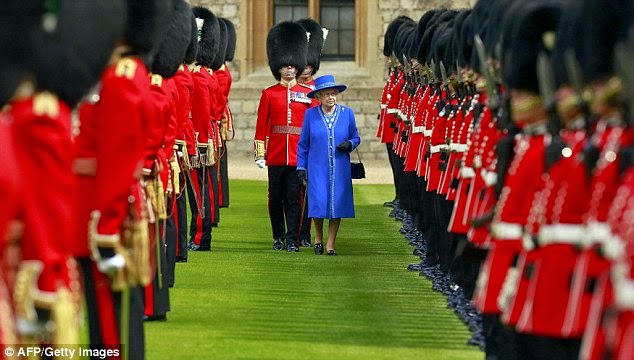 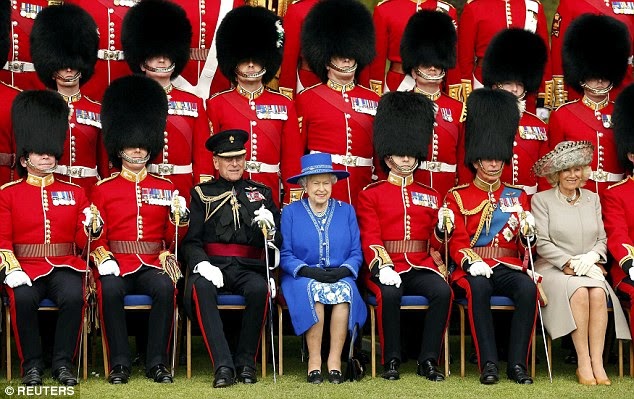 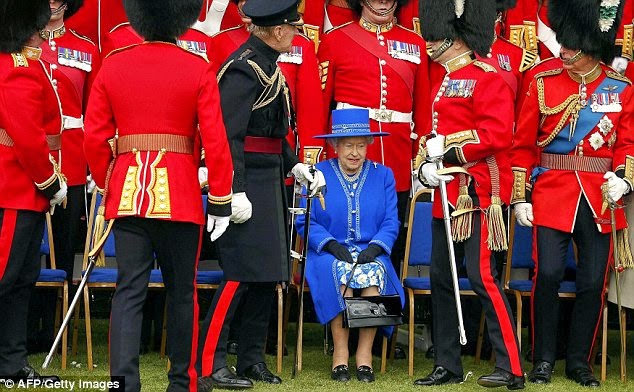 Here's what the Queen said during the event:

It has been nine years since I presented you with the Colours that have just been marched off parade.
Guardsmen who have served with the Regiment during those years, some of whom are no doubt here today, will have seen operational tours to Iraq, Bosnia, Kosovo and Afghanistan, interspersed with fire-fighting, state ceremonial and other public duties.

I am speaking to those Guardsmen and indeed to each and every one of you assembled here today, when I say that I am proud of what you have achieved together.

It is the indomitable family spirit of the Welsh Guards that has been your hallmark.

And so, in this historic year for the Regiment, we celebrate your many achievements and remember with sad reflection the fallen and wounded of the world wars and of more recent conflicts.